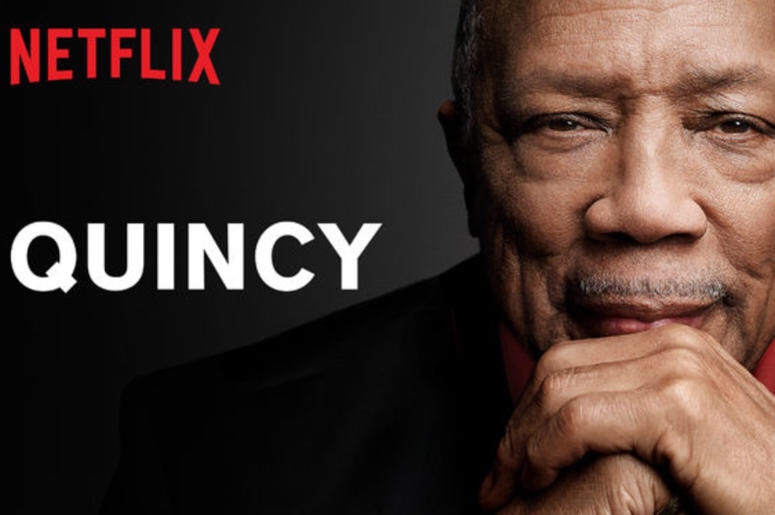 I had been eagerly awaiting the Quincy Jones documentary “Quincy” to release on Netflix. That Quincy Jones is a beautiful and incredible man. An absolute musical genius. His spirit has and continues to touch so much and so many. Suave. Sexy. Charming. Humorous. Talented. Creative. Magical. Trailblazer. Musical Genre Transcending. Intelligent. Friend and mentor to many. Family man. Collaborator. HUMAN! You could feel the essence of a man in him sprinkled with a nice dose of grace, sensitivity, and compassion. But, man did he have nine lives as he went through some ISH!!!

A bruised heart, yet pure heart. Because, the interesting thing is that even in his 80s, he’s still dealing with his mother and father issues. Very much like many of us. He however has seemingly always been in tune to the issues and seeking ways to heal from them.

The moment in the documentary that really touched me was the rehearsal for The Museum (because in my opinion you don’t have to say the Smithsonian National Museum of African American History & Culture) opening and Chloe x Halle were rehearsing. The gratitude and humbleness they displayed and how Quincy cheered them on was so beautiful, particularly in bridging the age gap. Such a pure heart. Always an inspiration with providing opportunities for many to shine and live out their desires and dreams, while living out his SoulFULL Purpose. Living, evolving and rebirthing from a place of divine creativity and expression. Ways of being we can all aspire to BE, because we ALL have that “THING!” Our/Your abundantly blessed SoulFULL Purpose.

“Quincy” is A MUST watch as it’s not just about the musical genius and all the accolades, but also about his humanness as a loving being. Enjoy! Live! Love! Create!

G.O.A.T. – Quincy touched so much. So many ah ha moments here.

-51 Film and Television Scores (DANG! This struck me the most.)

-“Thriller” The Best Selling Album of All Time

-“We Are The World” The Best-Selling Single Of All Time